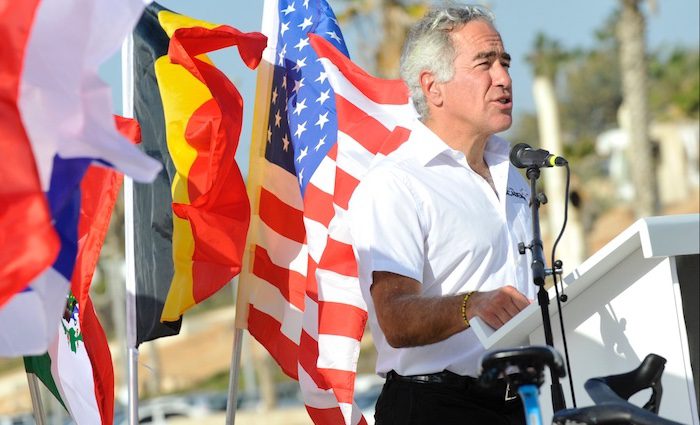 Adams was born and raised in Canada. He served for close to 30 years as President and CEO of Iberville Developments, one of Canada’s largest real-estate development companies. At the end of 2015, he immigrated to Israel (made “Aliyah”) and settled in Tel Aviv.
Since moving to Israel, Adams’ calls himself: “Self-Appointed Ambassador, at Large, for Israel”. In this role, his philanthropic mission is to promote his adopted country, both abroad and within, in creative, innovative ways, befitting the energy and spirit of Israel, the Start-up Nation. Several of his projects relate to sporting activities, due to his belief that such participation can build bridges and new friendships. Some of his activities include:

– Bringing the Big Start of the 2018 Giro D’Italia to Israel, the first time a Grand Tour had ever raced outside of Europe, and being named the Honorary Chairman of the Giro 2018 Grande Partenza;

– Building the first Velodrome in the Middle East, to be completed on August 2019;

– Creating the Sylvan Adams commuter cycling path network in Tel Aviv, working to turn his city into the “Amsterdam” of the Middle East;

– Fostering interaction between Israeli and Canadian cyclists and athletes;

– Creating of the Sylvan Adams Sports Center at the Jerusalem International YMCA, fostering participation amongst Israel’s and Jerusalem’s diverse communities, both religious and ethnic. This Sports Center also hosts an NBA Junior League branch, where children from all communities compete together in a spirit of sportsmanship.

Adams also donates to various projects in social, cultural, and scientific areas, including:

– Building a new children’s hospital at Wolfson Hospital in Holon (nicknamed the City of Children) to be completed in 2020;

– Major donor to “Save a Child’s Heart”, offering life saving heart surgery to Israelis and Palestinian children at Wolfson Hospital, as well as mobile teams operating on children in Africa, Asia, and Eastern Europe;

– Annual doctoral scholarships in scientific fields, the “Adams Fellowships”, under the auspices of the Israeli Academy of Sciences and Humanities;

– Providing annual scholarships in the Arts at Shenkar Academy of Art and Design;

– Partner in SpaceIL, which launched an Israeli spacecraft to the moon. Israel became the fourth country to land on the moon, after the three Superpowers: USSR, USA, China, and the first to do so funded principally with private funds;

– Bringing Madonna to Israel to perform and mentor at the 2019 Eurovision Song Contest, hosted in Tel Aviv.

But most of all, Sylvan enjoys riding with the team on training rides and being “one of the boys,” or has he describes it, “rider #31” on ICA. 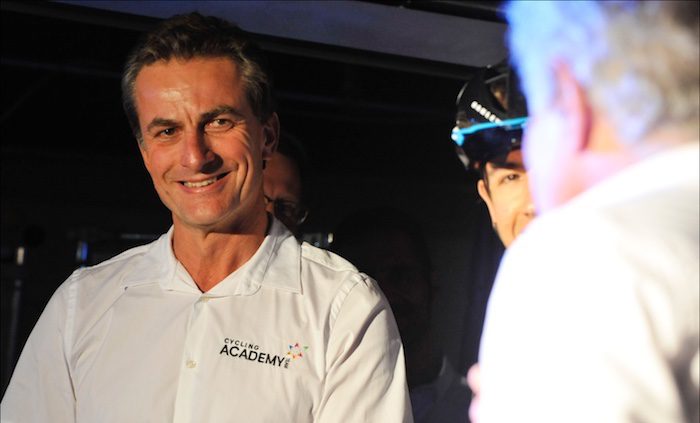 Ron is the Chairman, Co-owner and Co-fouder of Israel Cycling Academy.

Ron founded and leads Livermore Investments Group, a leading investor in the US credit market for senior secured bank loans. Previously Ron was a Managing Director in Bank Leumi Switzerland and an M&A and Banking lawyer in Tel Aviv, Israel.

Ron graduated from the Naval Offices Academy in Israel and served as a commander of Fast Patrol Boats squadron.

Apart from his business and philanthropic ventures, Ron is a passionate cyclist and an athlete participates in XC and road races, triathlons, Ironman competitions and cross country skiing races.

Dr. Kevin Ham is excited to join Israel Start-up Nation as a sponsor, including acquiring a minority ownership interest in the team. Kevin is proud to be part of this special project, building bridges and promoting peace around the world, through cycling in Israel and abroad.

Dr. Ham has a Medical Degree from the University of British Columbia, a Bachelors of Science in Biochemistry and graduated from the Advanced Management Program at Harvard Business School. He was awarded the Ernst & Young Entrepreneur of the Year in 2008.