An Illustrious 19 years career is coming to an end for RUBEN PLAZA at IL Lombardia Monumental Tomorrow.

Plaza will Retire in the Blue and white Israel Cycling Academy outfit, with 27 wins including stages in the TDF and Vuelta.

Ruben admits: “Physically I am still fine, But I felt more and more scared of fighting for position at 65 KMH. I wanted to keep being honest to myself”.

TEAM ICA: “It was a great honor to have Ruben. He was a great role model. Signing him was one of our greatest decisions”. After an illustrious career in Pro Cycling, spreading over 19 seasons highlighted by glorious victories, “El Professore” RUBEN PLAZA is hanging his Cycling Cleats for good.

“It’s Time to stop“, said the 39 years Spaniard from Alicante, who tomorrow will ride for the last time as a pro in 2019 Last monumental – IL Lombardia. “I have been doing this for half of my life. It’s Enough. I achieved all I could, and I prefer to stop now on a positive note, with pride and good feeling. It’s Time for me to move on”.

Ruben has been a very valuable asset to the team in so many ways and not just as a great racer. He was a role model for all of us. With his vast experience, his dedication and motivation to train and live the life of a real professional, he was able to contribute to the team development and many of our riders. I strongly feel that it was one of our greatest decisions – to make him an ICA “.

Ruben was equally grateful: “When I joined ICA it was based on trust, and two years later I can say: this was a great move. I could never imagine the journey I shared with this team. To be part of the historic Giro D’italia that started in Jerusalem. The unbelievable moments of the team presentation in front of the whole of Israel. This new country I discovered, two grand tours, it is an amazing growth. I will cherish it forever and I am proud to retire as Israel Cycling Academy”.

Ruben’s ICA teammates were deeply grateful. “Ruben is a Legend in so many ways’’, said Israeli Omer Goldstein.

“Just the chance to watch him race or prepare was priceless. I will always remember the moments when the whole peloton could not chase him but most of all – the sacrifices: He would go for two months to altitude in the Sierra Nevada to prepare himself for that superhuman effort in the races“.

Ruben: “You got to be ready to sacrifice in order to get to the top” explained Plaza. “And you got to LOVE it and to ENJOY that suffering. I had that in me throughout my career and in a way, I still have it”.

Ruben Plaza: “Because recently I felt more and more that I am scared. You got to fight hard for position in the peloton, fight your way in 65KMH – and I could not bring myself to do it as I used to. I need to be honest with myself and my team and being honest means, it is time to leave when you still possess your self-respect”.

ICA’s Co-owner Sylvan Adams expressed his deep gratitude and appreciation: “He was a great addition when he signed with us. He acted as a mentor to our young riders. But, even in his late 30’s, he was still a great pro, who produced results for ICA. My greatest regret, and surely Ruben’s, is that he wasn’t able to win a stage at the Giro – although he came very close- to complete the career trifecta of Grand Tour stages.”

Ruben Agrees. “My biggest accomplishment was winning a stage in the Tour the France 2015“, he said. “There is nothing I wanted more than to give ICA the win in the Giro. When I came 2nd in the Giro’s 18th stage last year, I was so sad and frustrated, I was so close and I knew that I might not get another chance”.

“Ruben will be ever remembered as a great Spanish rider,” said the Team Spanish Sports Director Oscar Guerero. “The ultimate pro. For me, the most wonderful thing was to see how the people LOVED this humble man who always treated them with a smile.”

“I will miss it all” concluded Ruben. “I am both sad and happy, sad to leave my teammates and happy to spend more time with my family. “

“Rest well our dear friend, “Said Mr. Adams in the name of the whole ICA organization. “You earned it”. 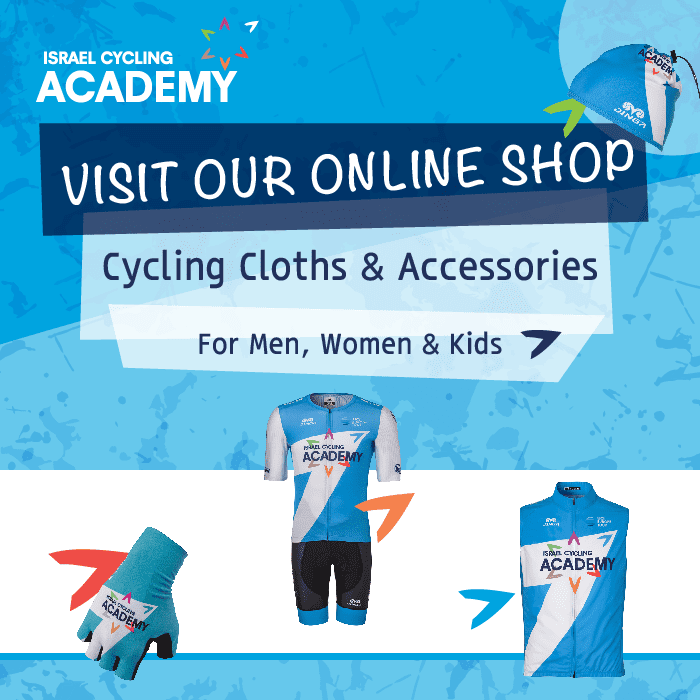 Under The Corona Clouds: Barbier Impressed By Doctors And Joining Stay At Home Rides

He is waiting, mostly riding on his Elite indoor trainer, and desperately hoping – together

It was 4 Pm, a bright Afternoon on Via Roma, San Remo’s main road, and